The cute heartthrob and Indian model participating in Big Boss 13, Asim Riaz was born on 13th July 1993, in Jammu. This 26-year-old boy completed his school education from Delhi Public School and spent most of his childhood in the chills of Kashmir. The model claimed in one of the fun episodes of Big Boss 13 that he used to fail in most of his exams and was very bad at writing although he always believed in being consistent and grabbing opportunities in life. 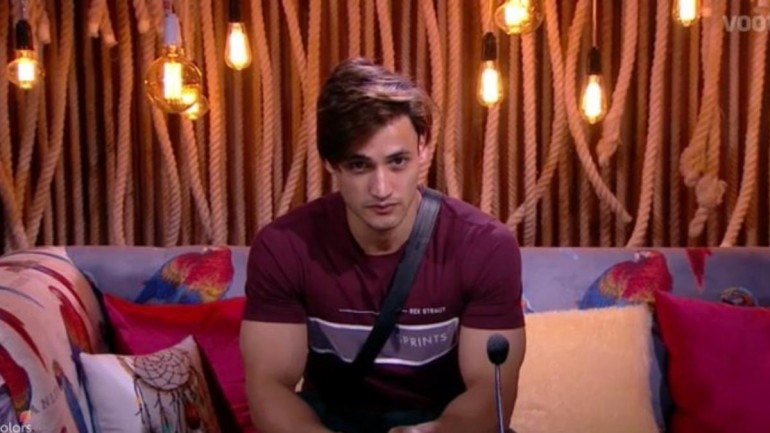 Riaz owns a cat that he said he loves more than his life. He is an avid animal lover and loves to ride bikes for traveling to different places in India. He owns a white Royal Enfield. His favorite cars are Bugatti and Ferrari, and he likes the color Black and Blue. He is a foodie and enjoys having Chicken and Kebab.

Asim Riaz believed in himself and the way he looked. So, when he was 18, he headed for Mumbai to try modeling as a career with his family's support. He joined an acting school to get a diploma in acting. He left no stone unturned up in maintaining his looks and body. This was throughout his struggle days as he understood the importance of being consistent and having a good portfolio as a model.

Asim has an elder brother, Umar Riaz, who is a Surgeon working in Mumbai. Asim shares a very close bond with him. Umar said being in a conservative family, when Asim told their mother about pursuing his dream of becoming an actor, their mother didn’t react negatively. Instead, she supported him to send him to an acting school in Mumbai.

Asim Riaz’s real struggle started after finishing his acting school. Going through auditions as a model to get through the role was the hardest part for him, but this boy never gave up. He didn’t let his motivation disappear on even those days when there was no work. Umar also clarified that his brother, Asim, never complained or requested that he wanted to come back. His determination won over his struggles endlessly. And he kept searching for opportunities while continuing his life in Mumbai.

This light brown-haired boy after much of struggle finally featured in many TV commercials such as Blackberry, B’lue, Numero Uno, Raymond, and Lenskart. But it is a fact that his stress levels were extremely high when there was no work initially. It was not all gold and glory but dusty and stormy, and these days were a part of his life too. Then, Asim Riaz also got a role in a Varun Dhawan starrer movie Main Tera Hero. It was a short role that lasted about a minute.

If we talk about fitness as a model wanting to stand out in the crowd, he loves to work out whether there is a shoot or not. He follows a serious diet plan including eggs, protein shakes and stays away from sweets and carbohydrates. He tries to keep his intake natural and avoids any supplements.

Many people don’t know, but it’s true that he never skips a day for going to the gym. He even goes there on Sunday, and the same seen through his appearance, chiseling day by day.

Moving forward, on September 1, 2019, Asim Riaz became the fifth contestant to enter Big Boss season 13. He walked shirtless through the entry, using a Varun Dhawan song, giving high hopes to the public like he wasn’t a new kid on the block. In fact, Salman Khan, the show host of Big Boss 13, remarked that Riaz seems to be a Brazilian, so he clarified his origin from Jammu and Kashmir.

Gauhar Khan, Prince Narula, Kushal Tandon, and Saba khan, are some of the ex-BigBoss contestants who support him and want to see him win. According to them, Asim is the most deserving candidate out there presently. An exit made by one of the contestants of Big Boss 13, Madhurima Tuli, said in an interview that Riaz is playing the game really well and he is one of the top three deserving candidates to win Big Boss 13.

After entering Big Boss 13, Asim gelled well with Siddharth Shukla, but there was a task which Siddharth didn’t want to perform, but Asim was in favor of it. Due to this difference, Siddharth got furious at Asim and in turn, Asim, being a bit short-tempered, reacted verbally. Their robust bond seems to come to an end within Big Boss after that incident.

Before this happened, Umar was invited by Salman Khan in one of the family meet-ups episodes, where he had politely talked to Siddharth, then motivated and guided Asim to play the game coolly and told him to listen and agree with Salman Khan.

It was not new that Asim Riaz was surrounded by ugly ferociousness in Big Boss house. One of the contestants, Paras Chhabra, in an earlier episode of Big Boss, pushed and attempted to hit Asim. He, then, tried to hit Paras back, but Siddharth interrupted to stop the heated skirmish between the two.

Asim has lost his temper quite a few times in the game earlier. Sometimes, it was due to genuine reasons. However, there were incidents when other contestants provoked him unnecessarily.