How India Got Its National Flag? On 22nd July 1947, the first agenda put forth by Pandit Jawaharlal Nehru before the members of the Constituents Assembly of India was adopting a national flag for free India. 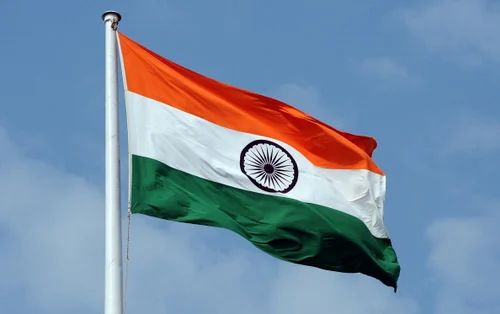 The proposal was to have a horizontal tri color national flag consisting of proportionally equal Saffron, White and Dark Green. The center white color shall have a navy blue charkha which was then replaced by Ashok chakra.

After having discussion over finer nuances in the house the flag was hoisted on 16th August 1947 at Red Fort by the first PM of Free India Pandit Jawaharlal Nehru having decades of history of preceding independence.

Another argument is that the Indian flag was first designed by one Swami Vivekananda's Irish disciple Sister Nivedita  between 1904 and 1906 and the first flag was hoisted at Kolkata's Parsee Bagan Square (Green Park) on august 7, 1906.

It consisted of three colors Green at the top, Yellow in the middle and red at the bottom with vande mataram written in the middle, the green has 8 half open lotus and  red had symbols of crescent moon and the sun. The flag was designed by two activist Henchandra Kanungo and Sachindra Prasad Bose.

In the following year 1907 Madame Cama with her exiled  revolutionaries hoisted the Indian flag at Germany making the Indian flag to be hoisted in foreign land for the first time ever.

As a part of Home Rule  Movement  Lokmanya Tilak and Annie Besant adopted a new flat with alternate red and four green horizontal stripes. The flag has seven stars in saptarishi configuration. At the top center the flag has white crescent and a star. 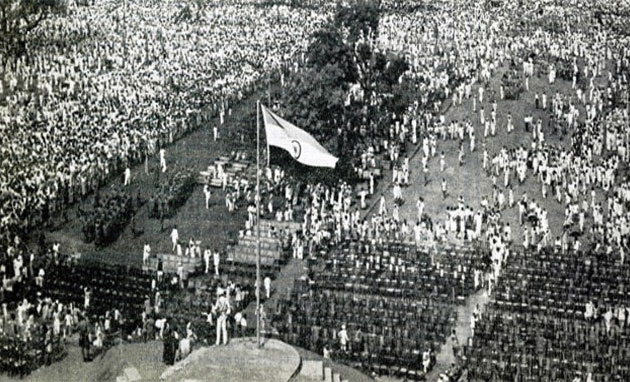 The Origin of Present-Day Flag

The design of the present-day Indian national flag was done by and Indian freedom fighter Pingali Venkayya. Venkayya had met believed to have met Gandhi in South Africa between (1892-1902) this was the time of the second Anglo-Boer war and Pengali was posted there in British Indian Army.

It was years until the design was finalized. In 1916 he had even published a book with the possible design of the Indian flag. In the year 1921 Pengali again Gandhi at the All India Committee in Bezwada proposing the basic design of the flag which consisted of two red and green bands symbolizing two major religious communities of India the Hindus and Muslims.

Many minor changes continued to happen till a decade when finally in 1931 the Congress Committee met in Karachi (then part of India) and changed the red to saffron and also changed the order of the colors with an intention that the flag should be free of any religious interpretation.

A Flag for and Independent India

A tricolor was thus finalized and selected to represent Independent India. The Saffron (represent strength and courage) White (represent truth and peace) Green (represents auspicious of land, fertility, and growth) The enter chakra was replaced with and Ashok chakra with 24 spokes which symbolizes that there is continuity of life and death in stagnation.

Also Read: Why Is The Cow Sacred In Hindu Culture?