Madhuri dixit the Dhak Dhak girl of the 90s needs no introduction. She has ruled and dominated the silver screen in the 90s like no other. 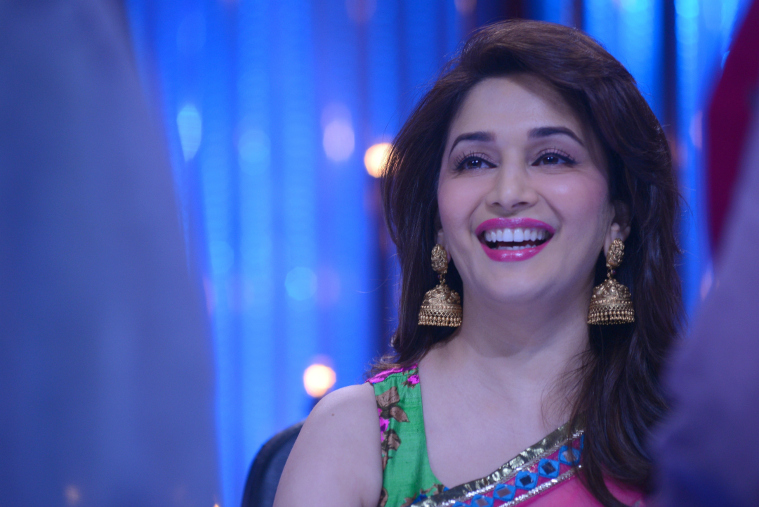 Madhuri Dixit is all set to make her debut in Marathi Cinema. Yes you heard it right it’s a Marathi Movie. The movie is still untitled. According to New18 report the movies talks about journey of a self-realized women (Madhuri Dixit) and a narrative style humor.

The film will be directed by Tejas Prabha  Vijay Deokar surprisingly he has also written by him along with Devashree Shivadekar.

It is a story of every household yet it has a silver lining. It not only gives you hope and inspiration but also encourages you to live life in the true sense. The most fascinating factor for me to choose it is that it is going to carve a niche in everyones heart. Said Madhuri in a statement.

Marathi cinema is evolving so beautifully and seeing such incredible stories being told makes me beam with pride. I have received a number of scripts over the years since doing a Marathi film was always something I was open to. But the scripts didnt excite me as this one did. When I read this script, it stood out and with the amazing team behind it, I knew that this is what I wanted to be a part of, she added.

Madhuri Dixit Started has enjoyed her success in Bollywood with more than 65 films under her belt. She made her debut with 1984 Abodh opposite Bengali actor Tapus Paul. Later with Tezaab which was released in 1988 opposite Anil Kapoor got her reorganization from the public.

For the Marathi Movie it is still under pre production and will go on floor this year.