Today where there is a constant race amongst the world billionaires to be the richest in the world but till date nobody has been successful enough like the ancient Emperor Mansa Musa. 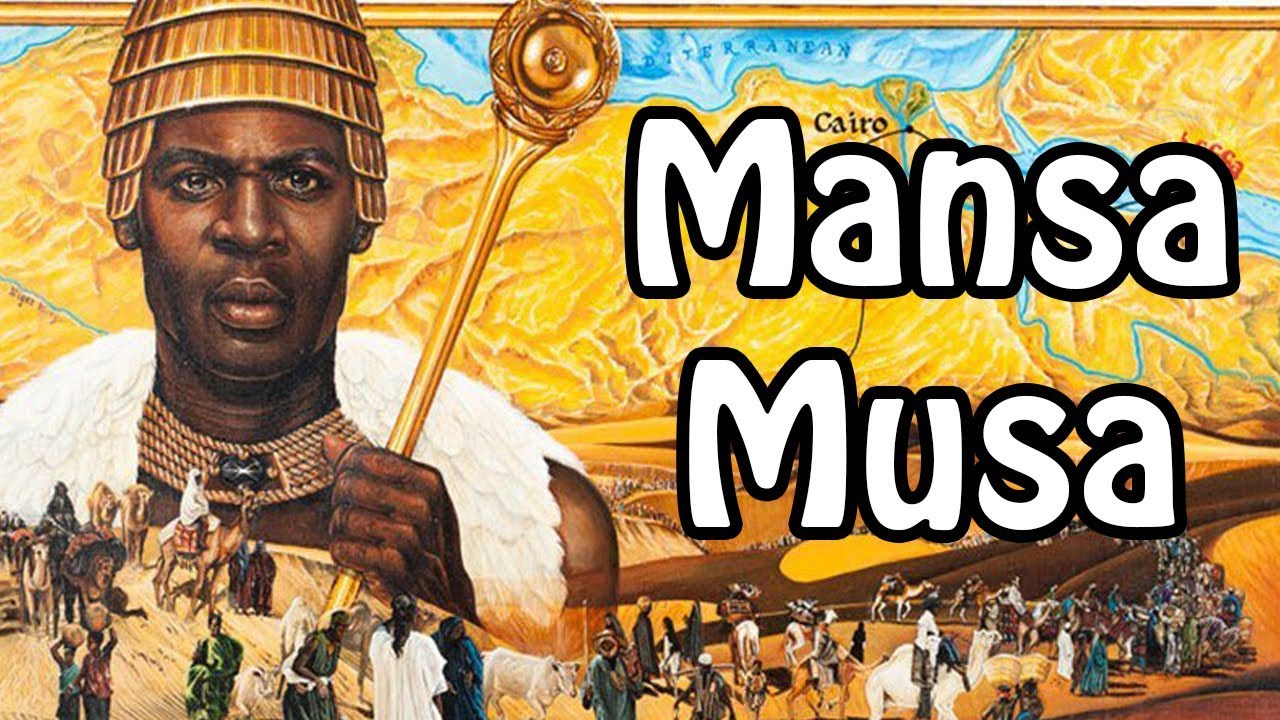 The 14th-century African ruler Mansa Musa was born in 1280. He belonged to the family of rulers. He succeeded his brother Mansa-Abu-Bakr in 1312 when he went missing from an expedition. Mansa-Abu-Bakr was said to be very obsessed with the Atlantic and hence he took 2000 men and ships, women, and slaves embarking an expedition to see the end of the Atlantic from where they never returned.

Taking the throne of his predecessor Mansa Musa became the ruler of the Mali Empire in 1312. He served Abu-Bakr as a deputy then.  Musa came to power when the European nations were struggling due to limited resources and raging civil war. But at this time the Mali empire flourished to ample availability of natural recourses of salt and gold.

Under his rule, the Mali empire grew tremdousouly around West Africa and from the Atlantic coast to the trading hub of Timbuktu and in some parts of Sahara Desert. This led to an increase in the economic standards of his citizens.

Musa was a Muslim with a deep religious feeling in the Muslim community. Until  1324 the world outside the Mali border come to know about his wealth when he went on to journey to Mecca for his Hajj pilgrim along with his people.

The exact record of the number of people who accompanied him on the journey which spanned at 4000 miles is scared but it is said that caravan included tens and thousands of soldiers, Slaves, women, and heralds all dressed in Persian silk holding a golden staff. All the horses and camels who surrounded Musa were laden with hundreds of pounds of gold.

The convey as huge as this is hard to neglect and is said to have been recorded and noticed by the residents from where they passed by. This journey might have left a huge impact on the Egyptian people.

According to an ancient historian, Shihab al-Umari Musa was invited by a subordinate Al-Nasir the ruler of Cairo for a meeting with him and a fellow Monarch. However, Musa declined the invitation stating that he aimed to head towards Macca and was only passing by.

As documented a man named emir Abu said," “I realized that the audience was repugnant to him because he would be obliged to kiss the ground and the sultan’s hand,” “I continue to cajole him, and he continued to make excuses, but the sultan’s protocol demanded that I should bring him into the royal presence, so I kept on at him till he agreed.”

Upon meeting with the Ruler of Cairo the meeting grew controversial when Musa refused to kiss the feed on the Sultan Al-Nasir rather he offered to greet the Sultan properly. Al-Nasir offered proper accommodation to Musa and his convey. Upon return, Musa dropped a small chunk of his innumerous wealth.

In order to extend his territory on the southern edge of Sahara Desert Musa acquired Gao in the Songhai Kingdom in his voyage. In addition to Mali Musa's empire also consisted of present-day Senegal, Niger, Chad, Guinea, Nigeria, and Mauritania.

Out of other Gao and Timbuktu were of special interest to the king. After completing his Hajj Musa had built several Mosques in Gao bringing special importance to his kingdom Musa also build several schools, mosque, and universities in Timbuktu. Djinguereber Mosque a mudbrick and wood structure where a burgeoning trading hub was built by Musa can still be seen standing even after 500 years.

Died somewhere between 1332 to 1337 Musa's wealth and influence were known to the world only after his voyage to Mecca. By 1375 Musa was drawn in the Catalan Atlas created by Spanish cartographer Abraham Cresques where he has shown Musa sitting with a gold crown and scepter on a throne. This cartographer is an important resource for Medieval Europe navigators.

It is nearly impossible to quantify how much of wealth, riches, and vastness of material holding Musa had in his time.  Rudolph Ware an associate history professor  from The University of Michigan says," Imagine as much gold as you think a human being could possess and double it, that’s what all the accounts are trying to communicate,” “This is the richest guy anyone has ever seen.”

The History Of Jyotiba Phule