Close Friend and Producer of Torbooz Rahul Mittra shared health update about actor Sanjay Dutt, results of certain test are yet to come. 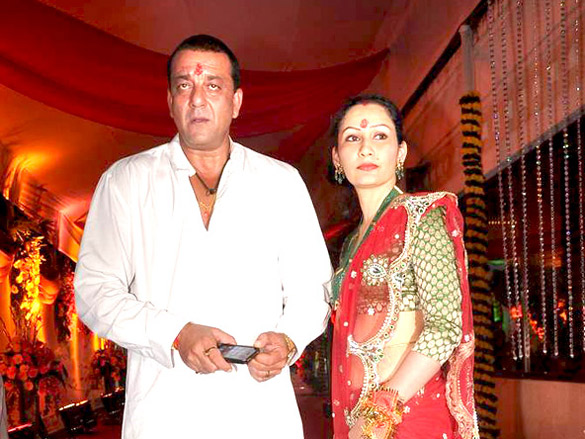 Recently bollywood actor Sanjay Dutt was diagoned with lung cancer. But the actor's health is not as critical as shown in the media according to Tarbooz producer and close friend Rahul Mittra.  Curently Dutt is undergoing some preliminary test and the results are yet to come says Mittra.

Speaking with The Times of India Mittra said," This is utter rubbish. Sanju is undergoing preliminary treatment in Mumbai and results of certain tests have yet to come. He’s a fighter and will come out of this too as a winner - I don’t have an iota of doubt on this and this reaction is just not based on emotion but facts too. Please stop speculating, and if still you have to do something, just wish good for him,

Torbaaz, one of Sanjay’s upcoming films, is scheduled for a direct-to-digital release on Netflix. Last month, he had shared his first look from the film and written, “A man rises from personal tragedy to lead a group of children from a refugee camp to victory, transforming their lives through the game of cricket. It’s almost time to play!” he added.

A man rises from personal tragedy to lead a group of children from a refugee camp to victory, transforming their lives through the game of cricket. It's almost time to play! @NargisFakhri @RahulDevRising #Torbaaz @rahulmittra13 @RajuChadhaWave @malik_girish pic.twitter.com/hJV7BRpFRV

Earlier this month Sanjay Dutt had announced of taking a short break for some medical treatment. He did not reveal the nature of diagnosis. Dutt was also spotted outside Kokilaben Hospital.

Talking about his health Dutt's wife Manyata said that the family has been through a tough time and have also urged people not to speculate about his health," “I thank everyone who has expressed their well wishes for Sanju’s speedy recovery. We need all the strength and prayers to overcome this phase. There is a lot that the family has gone through in the past years but I am confident, this too shall pass,” she said, urging fans and well-wishers to not fall for ‘speculations and unwarranted rumours’.

In another statement issued last week, Maanayata quashed reports that the family would travel to the US for his treatment. “For those asking, Sanju will complete his preliminary treatment in Mumbai. We will formulate further plans of travel depending on how and when the Covid situation eases. As of now, Sanju is in the best hands of our esteemed doctors at Kokilaben hospital. I request everyone, with my folded hands, to stop speculating the stage of his illness and let the doctors continue to do their work. We will update you all regularly with his progress,” she had said.