A new discovery could aid to supercharge protein production up to a thousandfold. 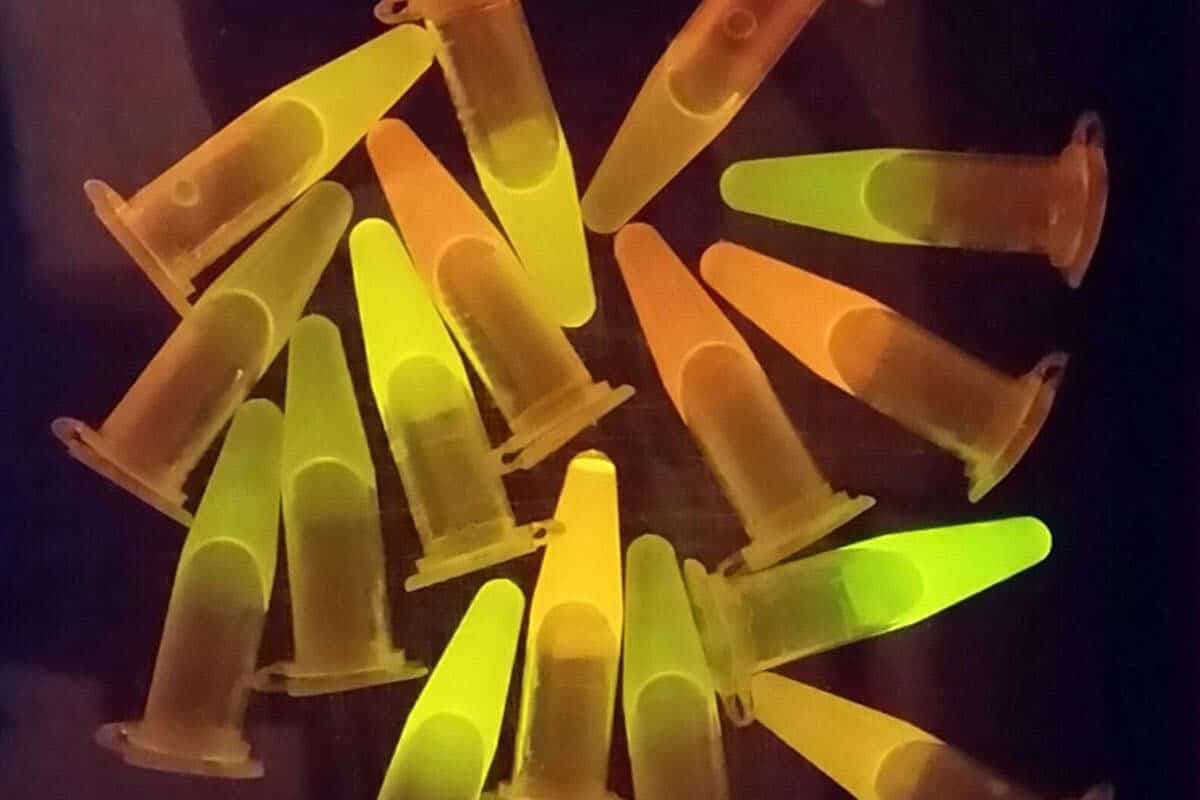 Medicines such as clotting factors for hemophilia and insulin for diabetes which are based mainly based on therapeutic proteins are challenges for the labs to synthesize. Thus scientists engineered the bacteria into tiny protein-making factors. However, despite other cells or bacteria, the process of delivering protein for therapeutic or commercial applications is still expensive and difficult.

Scientists at the Washington University School of Medicine in St.Louis have now come up with a new way of supercharging protein productions. By adopting this way  scientist can now optimize output and minimize the production cost of making certain protein-based drugs, diagnostics, vaccines, as well as proteins used in agriculture, biomaterials, food, chemical industries, and bioenergy.

Indicating a large difference in the amount of the protein produced a different version of green fluorescent protein was observed some of them varied a thousandfold from the dimmest to the brightest.

Giving rise to the sky-high amount of protein scientists identified a certain combinations of the amino acid at the 3rd,4th and 5th position in the protein chain through careful analysis and further experiments.

“There are so many ways we could benefit from ramping up protein production. In the biomedical space, there are many proteins used in drugs, vaccines, diagnostics, and biomaterials for medical devices that might become less expensive if we could improve productivity. And that’s not to mention proteins produced for use in the food industry – there’s one called chymosin that is very important in cheese-making, for example – the chemical industry, bioenergy, scientific research, and others. Optimizing protein production could have a broad range of commercial benefits.” said Sergej Djuranovic stud's senior author and  associate professor of cell biology and physiology