What is the Dark Web?

The Dark Web is the online encrypted content that is not indexed by the traditional search engines. It is a part of the deep web, describing the content’s wider breath which does not appear through regular net-searching. 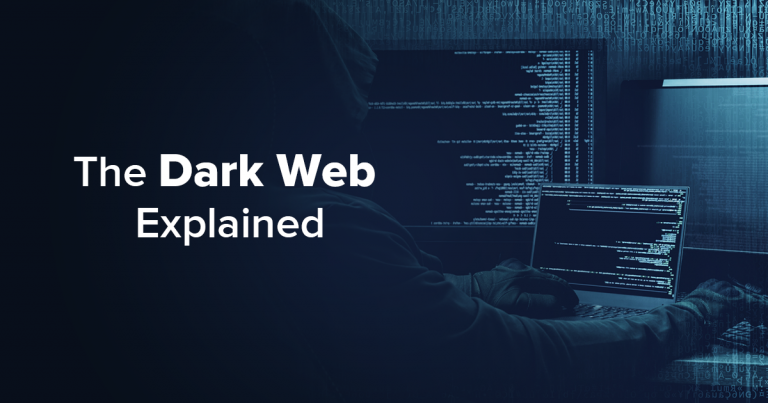 In order to access the dark sites, you need specific browsers like Tor as they include online drug selling, anonymous message boards, data (private or financial) exchange, and other such illegal content. Faking money, hacking Netflix accounts and different software and illegal exchange of guns are a few more examples. Bitcoins are used here for the transaction and physical goods are regularly shipped while protecting both buyers and sellers from law enforcement.

Dark webs provide the room for various criminal activities. It can allow you to access a Bank of America accounts worth $50,000 at just $500. You may also get $3,000 in the form of fake $20 bills at just $600. To enjoy Netflix throughout your life, you will just need $6. You may also hire hackers to hack computers on your behalf and buy username and password for the same.

From all that we have discussed so far, it might seem like Dark Web is mainly about illegal activities. However, Dark web is also about joining social sites like BlackBook or Chess Club, which are known as “the Facebook of Tor”.

Moreover, the Dark Web helps in creating awareness. It makes people aware of what is going on in the hacking world underground. It helps in knowing about the digital assets that are being monetized and in understanding the targets of the hackers.

·         Breach of data of customers, financial data and operational data

·         Revealing of secrets related to trade secrets or intellectual properters

There can be risks in three different categories which are-

·         DDoS attacks or malware affecting business operations, defrauding the enterprise by means of espionage or IP theft, thus preventing the company from competing in the market or leading to financial losses.

·         Disrupting the business through DDoS or other malware attacks, thus affecting business operations

·         Defrauding the company by means of espionage or IP theft, thus causing a huge amount of financial loss.

A few Questions and Answers that Would Help You to Get a Clearer Idea about Dark Web:

What Search Engines does Dark Web Use?

There are various search engines in the dark web but none of them are suitable enough for the ever-changing scenario. A few examples are Grams and The Hidden Wiki. However, they seem to be outdated and not suitable for the purpose. Grams returns results that are not relevant to the query and kind of repetitive.

How Do You Differentiate Dark Web Sites from Normal Ones?

How Does Commerce Occur on The Dark Web?

Dar Web Commerce has features similar to the type of commerce we see on the web. Some of these features include ratings and reviews, e-retail operations, shopping carts, and forums, etc. One significant difference between Dark Web Commerce and normal commerce includes a lack of quality control. Since neither of the buyers and sellers discloses their own identities, the ranking system loses credibility. Manipulation of ratings and the sudden disappearance of sellers are common.

People often get confused between the dark web and deep web though these two things are strictly different. Deep web refers to the pages that do not pop up while searching the web. Starting from personal mail login to online banking, everything is included under the deep web. The dark web, on the other hand, uses encryption technology to maintain the anonymity of illegal content.

What is the size of the Dark Web Economy?

According to the Economist, the dark activity by dark web increased from $17 million to $180 million during the time period 2012 to 2015. This is a mere estimation as exact figures are not easily found.

Hope we have removed all confusion regarding Dark Web. Keep following the space for more.