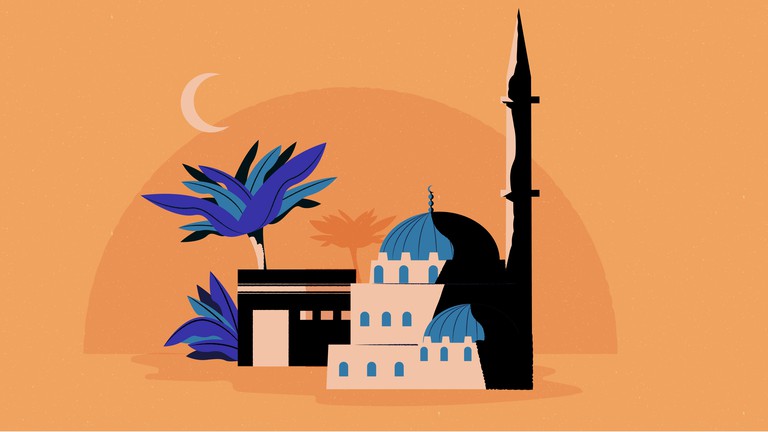 In India, Islam currently holds 14.2% of the population that makes it 2nd most leading religion in the country. According to Muslim fraternity, India comes 3nd in the world with most-number of Muslim residents,  just after Indonesia . Experts also believe that by 2050, India will become the nation with the highest number of Muslims inhabitants in the world. (Ref. link. https://en.wikipedia.org/wiki/Islam_by_country)

Whenever we hear the word 'Islam', we immediately become curious. One of the most prominent questions is how and when did Islam emerge in India? So, let us dive deep into this conversation to find the answers and reveal the truth accordingly.

When and how Islam arrived in India

Islam made its mark in India back in the 6th Century AD. It started in Malabar, which is Kerala right now. The Arab traders, at that time, used to trade with other south-eastern countries of Asia. According to "History of India" by Henry Miers Elliot, the Muslim passengers were spotted during that phase of trading in 630 AD. During that time, the first-ever Mosque was built in India - Cheraman Juma Mosque, which is in Methala, Kerala. Historians believed this was the time when the first Islam Community was founded in India.

The relationship between the two communities was harmonious until the 8th Century AD when Muhammad Bin Qasim, who at that time was the Umayyad Caliphate commander of Arab, emerged. History went down as he became the first Muslim invader in India. Bin Qasim overthrew Raja Dahir, who, at that time, was a Hindu king of Multan. He then took over Sind and Multan, and just at the age of 17, he believed he could rule the entire Indian sub-continent. However, the sudden death of Al-Hajjaj ibn Yusuf, who at that time was the ruling Governor in Iraq, changed the tides and forced Bin Qasim to stop the invasion.

Time flows, and we move on to the 10th Century AD, where Mahmud of Ghazni rose from Afghanistan and established the Ghaznavid dynasty in the year 999 AD. He marched down to India and became the initiator of several wars and invasions. The looting of Somenath Temple is one of his significant achievements. Later, he claimed Punjab and formed his dynasty.

The Muslim invasion truly ignited in 12th Century AD with the arrival of Muhammad Ghori. He decimated Multan in 1175 AD and kept on marching by capturing small eastern provinces from there. Ghori had a strong desire to rule the east, and there he confronted Prithviraj Chauhan, who, in the history books, is recognized as the last Hindu king in the north. Ghori and Chauhan fought two of the bloodiest battles in India at Tarain. While Prithviraj Chauhan won the first battle in 1192 AD, next year, he was defeated by Ghori and eventually lost the kingdom.

Ghori, after a while, left India and went to Afghanistan. The dynasty was firm while he left, and he put Qutb al-Din Aibak in charge. He then formed Delhi Sultanate, of which he became the first king. The domination continued with the commander-in-chief Muhammad bin Bakhtiyar Khalji, who attacked and conquered Bihar. He subsequently did some of the horrifying acts in Indian history. The

decimation of Nalanda University was one of the most notable acts he did. He further went on and conquered Bengal and contributed a lot to establish Islam there.

With the emergence of the Mughal Empire in India back in 16th Century AD, the notoriety of other dynasties came to an end. The Mughals quickly came in into ruling, overthrew every one and conquered Delhi. They endorsed rich traditions and cultures in India. Some of the world's best craftsmanship and cultures were adopted from the Mughal Empire, which still exists in India.

Akbar is arguably the greatest king in India and considered by many as the best Muslim king to rule India. It is said that he overruled the forceful natures of accepting Islam and gave ordinary people the choice they deserve. He also acted as a bridge to resolve the constant war mentality between Islam and other communities. However, some historians claim that he was no better than the others in terms of oppressing the Hindus.

The kings who followed Akbar have all contributed something or the other to the country. The most noticeable of them is the Taj Mahal, as we see it now. It is one of the wonders of the world that king Shah Jahan built for Mumtaz Mahal, her beloved wife, to express his eternal love.

Aurangzeb, his successor, is the antagonist who put an end in harmony. He enacted all the laws that directly conflicted with the existing ones. He enforced ordinary people to accept Islam against their will and executed anyone who dared to oppose him. The Mughal Empire had so far been successful and sustainable because it believed in Dar Al-Harb, which signifies the coexistence of Islam and all other religions. Aurangzeb's primary motive, on the other hand, was to enact Dar Al-Islam, which means Islam would be the only religion to exist in India.

The cruelty continued as he enforced laws to collect taxes based on religion. Similar actions were taken in Kashmir as well. It is believed that most of the Kashmiris were forced to accept Islam under the reign of Aurangzeb. When the Kashmiris sought for help from Guru Tegh Bahadur Singh, Aurangzeb beheaded him in front of the court. He even went on to take initiatives to cancel all the festivities in India, which are non-Islamic.

Aurangzeb perished while his attempts to claim the south and west of India were still on. The Marathas were resilient to all the cruelties that the Mughal king implemented. People from the other parts of the country also started to revolt. Now, while the entire country was in search of desperate leadership, it was a piece of cake for the British Empire to rule India afterward.