The Data visualization of the Australian fires give a severe picture.

Since September 2019 the bushfire raging in Australia is the worst in the country's history  killing animal lives destroying people's property and taking people's life.

For those who are not experiencing the blaze it is quite difficult to comprehend the scale of fires, forcing thousands of Australian to evacuate towards coastlines.

In order to understand the present wide-raging situation comparison is the best possible way. These 5 images visualization will tell you the scale of as to what's happing in Australia currently.

1. From Minneapolis to San Diego

Had the fire were taken place in the US that how far raging the effects of smoke would be.

In the visualization the green represents fire affected area and the blue circle represents are affected by ash and smoke spread by the fire. 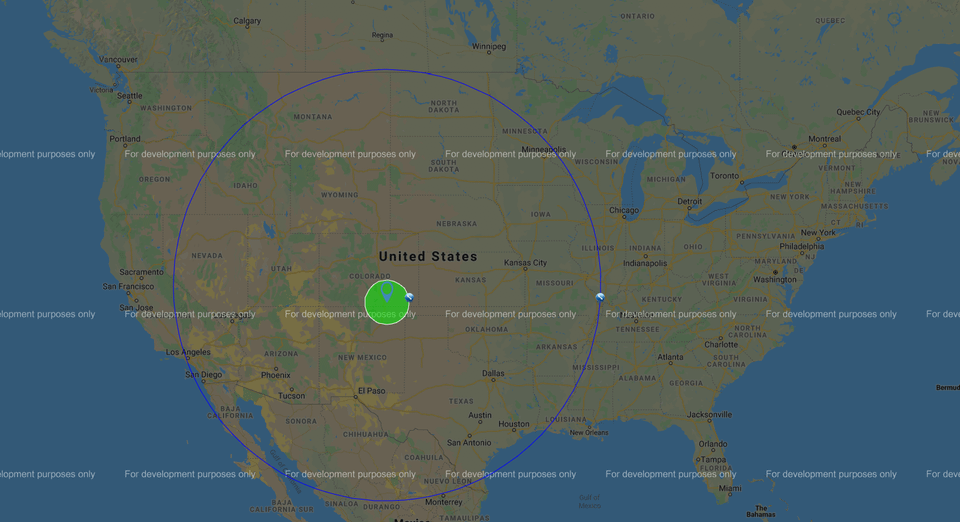 Clouds from the ashes had spread to around 4050 kilometers (2,500 miles) to New Zealand last week. The fires in Australia have worsened due to the temperature of 40Deg C and strong winds. Because of this firefighters are finding it difficult for having to be deployed over the huge fire-affected area.

2. From Oslo To Algiers

In Europe, this same distance would take you from Norway to Scotland to Africa. Thousand have been left homeless and nearly half a billion animals have been killed due to the enormous expanse. 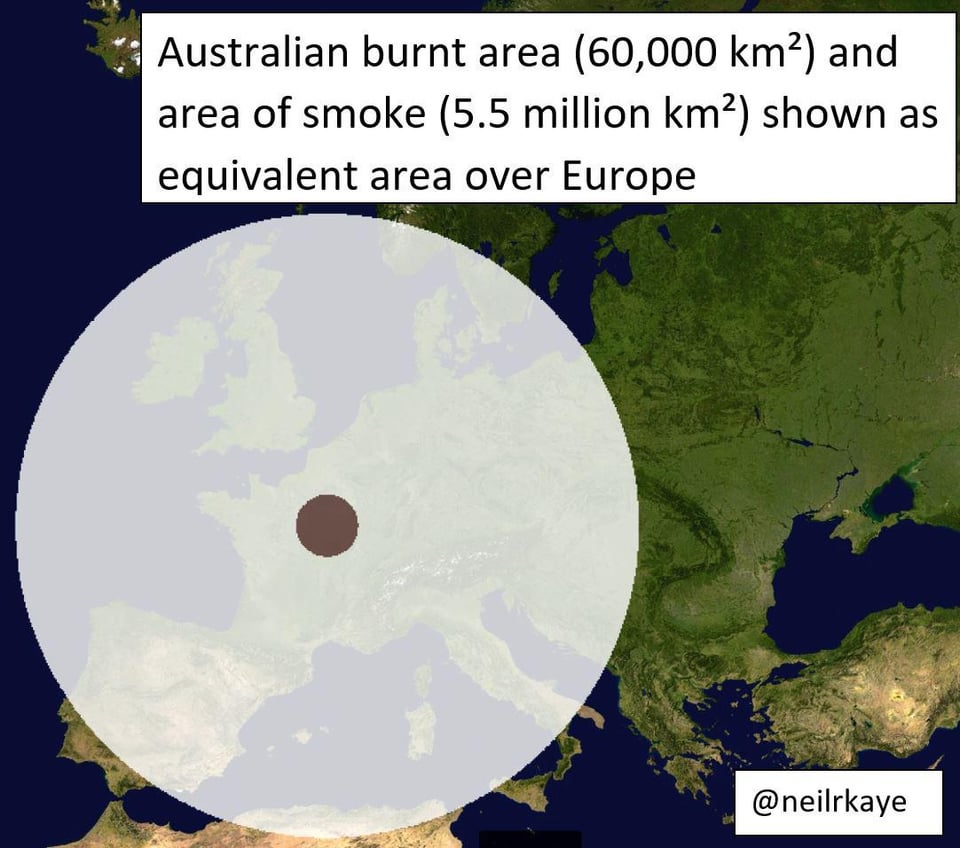 The bushfire could result into extinction of the entire species reports the The Independent.

The ashes are settling on the glaciers of the New Zealand causing them to melt at the faster rate reports The Guardian.

This the view from the top of the Tasman Glacier NZ today - whole South island experiencing bushfire clouds. We can actually smell the burning here in Christchurch. Thinking of you guys. 😢#nswbushfire #AustralianFires #AustraliaBurning pic.twitter.com/iCzOGkou4o

The video above shows how Top of Tasman glacier in New Zealand which is nearly 4000 kilometers from Australia is tinged brown due to smoke from the fire.

3. Entire European Countries would be covered in fire.

In the visualization it can be clearly seen that it can entirely cover Belgium, Large parts of England, Whales, and Ireland. 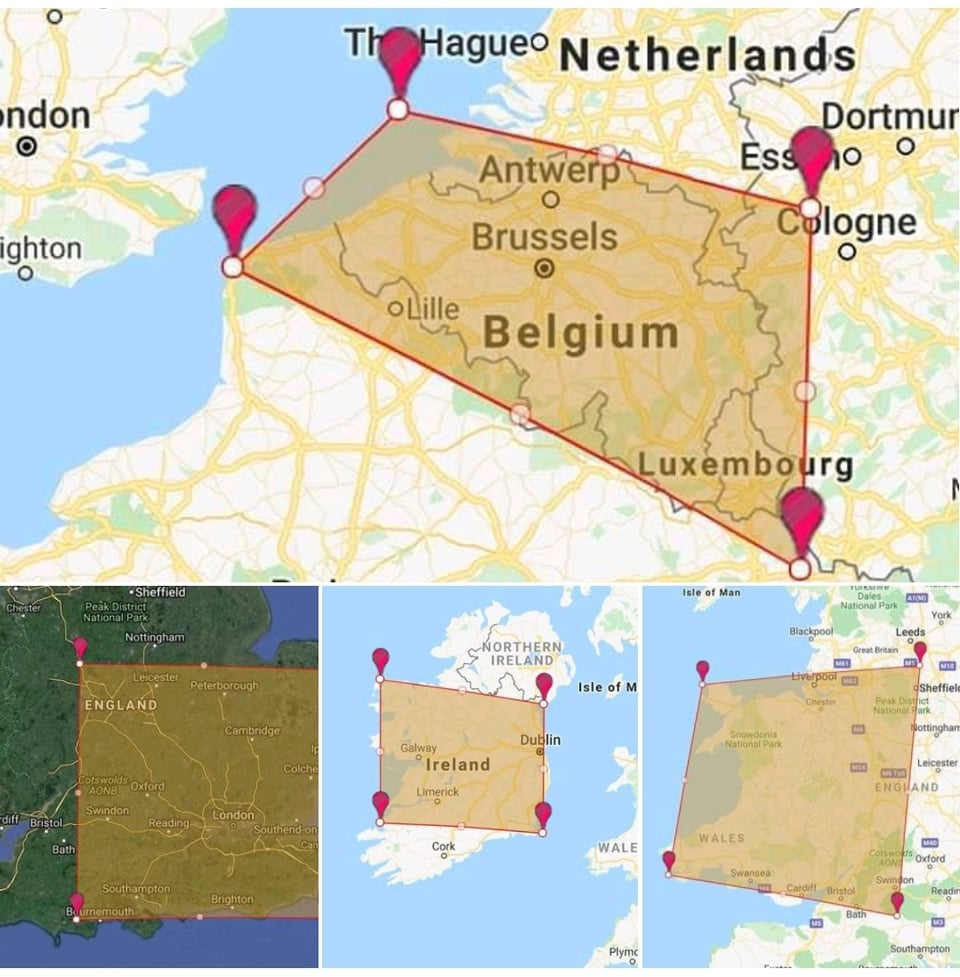 Reportedly an entire community in Australia have been wiped out in fire.

Leader of South Wales, Gladys Berejiklian called the fire conditions as "catastrophic" which has completely destroyed the town of Balmoral, southwest of Sydney. One resident who hid himself in the klin while the fire destroyed his entire property.

4. How the fire progressed since October

Starting from the New South Wales the fire have been spreading since September 2019. If you compare the fire what they were a few months ago it will give you a strong idea of scale of devastation.

However until the end October the fire situation went out of control. Currently the state in under a 7-day state emergency . It would be the seventh time in many months when Australia had declared emergency.

By calling a state of emergency they can forcibly evacuate members of public. The country also give emergency services by giving power to open and shut roads whenever they deem necessary.

5. This isn't an usual business.

According to Times Magazine reports the bushfire of 2019 were the result of abnormal conditions due to record high temperature and  draught which have worsened by the effects of climate change.

Compared to recent years the below visual shows the ongoing fires in Australia. Even though fires are common in Australia and summer it is designated bushfire season it is unprecedented to see the extent of fire in the last few months. 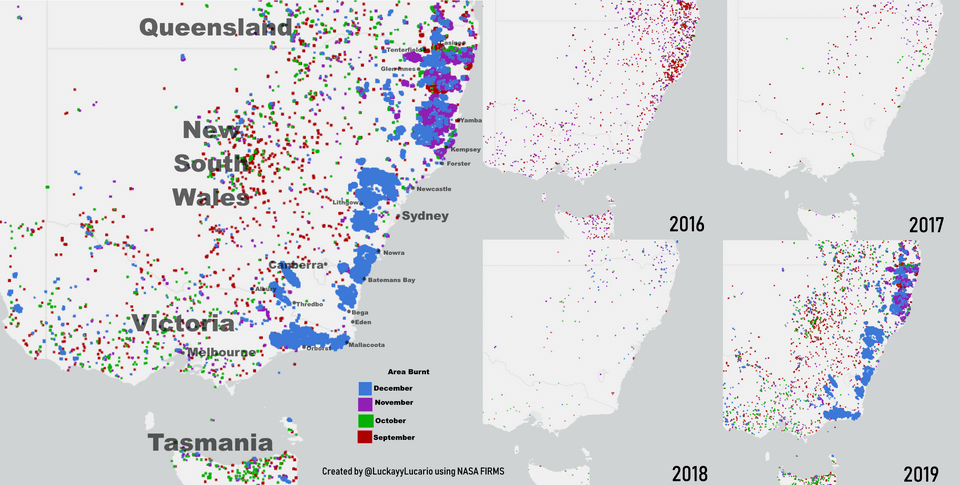 "Climate change is influencing the frequency and severity of dangerous bushfire conditions in Australia and other regions of the world." says Bureau of Meteorology, Australia.

While talking to Times Magazine Peter Throne a climate change expert from Maynooth University in Ireland says," Climate change is a likely factor. It's changing the odds because it's hotter and is drier on average in the summer in Australia."

Unfortunately for Australia, the worst of the bushfire is likely to come since summer temperate is usually at the peak during February. According to the CNNAustralia could be months away to see this crisis to end. 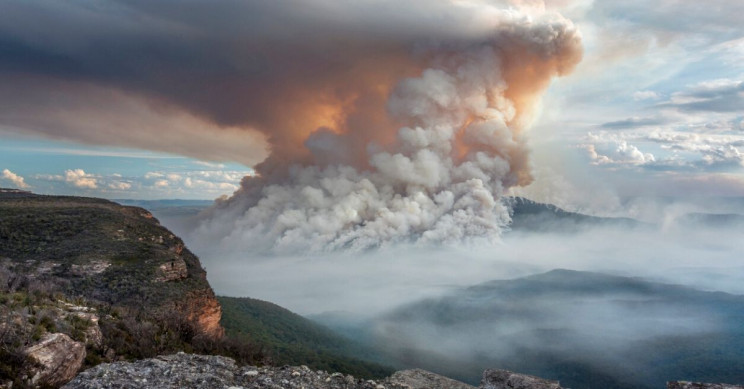 From the photographs we would  surely see how bad things are. The above photo of Mount Solitary of the Blue Mountain National Park has made the  ragging forest fires looks like an erupted volcano.

We hope that people and animals affected in this fire stay safe and the situation could be brought under control by the brave firefighters.