What is NPR? Know Everything About It

The Central Government has recently announced that it will update the National Population Register. What exactly is NRP? Is it anywhere related to NRC? Here are the compiled FAQ you have been searching for. 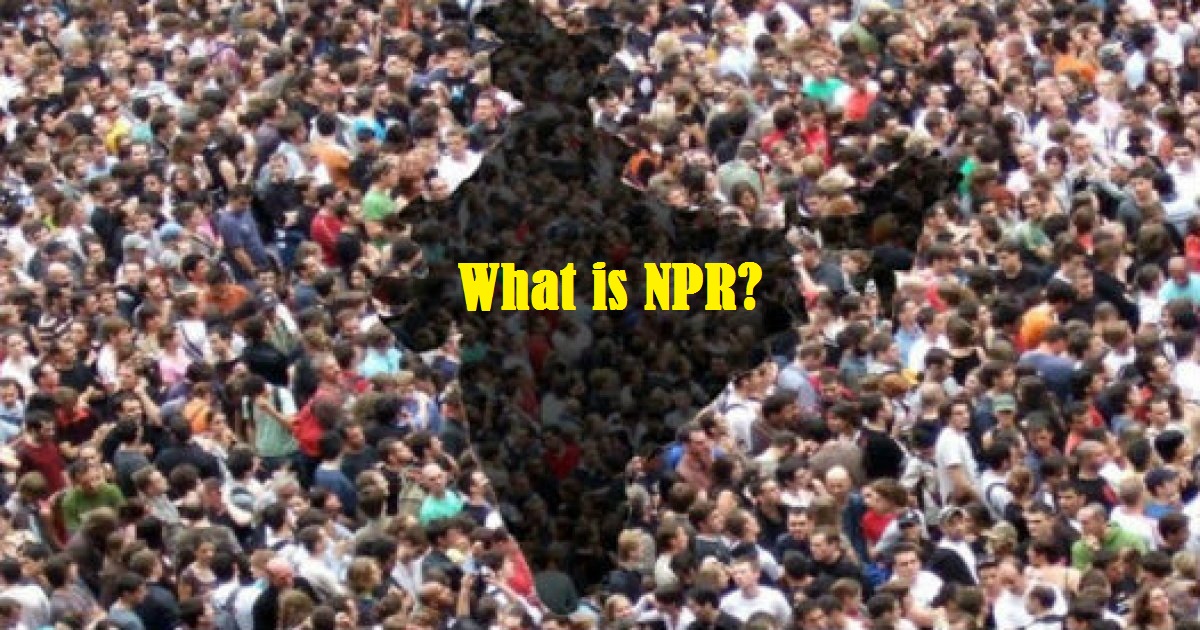 The Union cabinet on Tuesday made an announcement stating that it has allocated Rs.3500 crore to update the National Population Register. Commencing from April 2020 the process of updating shall end by September 2020. Back in 2010, NPR was first done and last was updated in 2015 when it was linked with the Aadhar. But ever since the government made an announcement of updating NPR amidst the controversy of the National Register of Citizen (NRC) there is tremendous confusion over the two. Many are even confused and linking the National Population Register with the census, which is also due.

NPR is the record of regular citizens of India. This data is collected at the local level from (Villages, Urban, Semi-Urban, States, District, and National Level.) under and Citizenship Act,1953 and Citizenship Rule,2003.

Who are the Usual Residents of India?

For the purpose of NPR, the Usual residents are defined as any individual who resides in a particular area locally for a period of 6 months or more or who intends to reside for the next 6 months. The law seeks to register every citizen on a compulsory basis to issue a national identity card.

Who will conduct the NPR Process?

The process of conducting the NPR will be carried under the aegis of ex-officials Census Commissioner and Registrar General.

What Information Will be Collected Under NPR?

In order to create a comprehensive database of every resident .

NPR shall have the following demographic details. .

. Relationship with head of the house.

. Duration of stay at present address.

What document you need to produce for NPR?

When And Where NPR Will Be Conducted?

Commencing from April 2020 the process of updating shall end by September 2020. NPR will be conducted across India except Assam since the state has already been through the process of National Citizenship Register. In August the gazette information have already been published by the central government.

What is the Difference between NPR and Census?

Even though the process of NPR and Census will commence together but the two databases are not the same.

The decennial census provides a large source of variety of statistical  information of people of India of difference characteristics.

While NPR requires just the demographic information whereas more details are required by census like economic activity, information of demography, education and literacy, housing amenities and housing besides others.

Census is the basis for reviewing the country's progress in the past decade, for monitoring current ongoing schemes and future plans.

Data related to agricultural labors & cultivators, occupational  qualification of labourers from the non housing sector, their sex, trade, profession, business are collected by the enumerators.

A detailed survey will be carried out based on the gender and literacy rate, population of slum households, number of towns.

Further information is also collected for energy, portable water, method of farming, whether or not the house is built with concrete, thatched or others.

The Census for 2021 will commence in two two, the first will begin with house census or house listing from April - September 2020. During Second phase the population enumeration will be done from 9th February to 28 February 2021.

What Is The Difference Between NPR and NRC?

National Population of Register is a database of people living in India irrespective of being a citizen or not whereas National Register of Citizenship is the database of Indian Citizens only. Under NPR no documents are required to be shown whereas for NRC valid proof of citizen has to be produced if found unfit deportation is initiated.

The Key Question What Is the Use Of Doing NPA?

Here the question arises that if the government has census then why do they need to do NPS?

According to the officials any schemes launched by the government can be directly benefited to the actual demographic residents .

For example, the majority of people living in Gujarat permanently speak Gujarati but there are many Hindi speaking residents coming from various parts of the country. With the aid of NPR data government can make schemes like Jandhan Yoojna, Ayushman Bharat, or instructions of medium in schools as per current demographics making the schemes work more effectively.