Citizenship Amendment Bill opposed by different states of India has led to violence and chaos at every corner of the country. People from almost all states are opposing CAA, the petition has also been raised to the Supreme Court so that the CAA is withdrawn from the Indian constituencies. 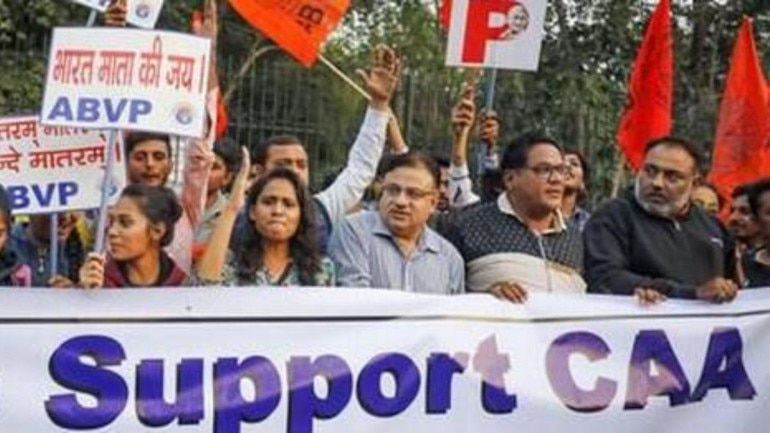 The CAA bill was proposed finally after loud and aggressive sessions of agreeing and disagreeing on the bill was finally declared to be a part of the Indian constitution. Home Minister of India Amit Shah has led the debate in the Winter Parliament session showcasing the reasons for passing the CAA. Based on the loud debates of pros and cons finally, the bill was signed by the President of India. The CAA has been in consideration after the NRC that was implemented in Assam and about 19 lakhs were not in the list of Indian citizenship. In the Rajya Sabha session, Amit Shah has raised the issue of the unlisted immigrants who have living here in India since decades.

According to the NRC, people who will be excluded from the list in NRC will be taken to the detention centres. After this the Ministry of External Affairs will be communicating to the concerned countries, to accept the people and the deportations can follow. But the main problem arises when the people are been detained as it is happening in Assam in which people are in a detention centre but the concerned Nation denies to accept the people as their citizens. The voice was raised by Amit Shah in the Rajya Sabha to implement NRC all over India so that the immigrants who entered India illegally based on religious persecution will be provided with the citizenship in India.

Who are illegal immigrants?

According to the CAA passed on 11th December 2019, it is said that the people who as migrated India before 31 December 2014 will not be considered as immigrants to has come from Afghanistan, Bangladesh and  Pakistan. But those who have entered India after the period will be considered as the illegal immigrants, who will be provided with the citizenship if the concerned Nations does not accept them.

CAA can be implemented only after the completion of NRC and so it has become necessary to work on the NRC bill to find out the exact number of Indian citizens and the immigrants in different parts of India who has settled after suffering any kind of religious persecutions.

This is not for the first time that India has been providing shelter to the immigrants who were chased based on the religion. The Muslim majority as the dominating religious countries who had driven away from people from their countries at various intervals has been given shelter in India. Last persecutes who entered India was 1971 in which mass Hindus were killed and chased away from the neighboring dominating Muslim countries. The immigrants were from Bangladesh and so the eastern part of India was the first target of the immigrants who took shelter in different places of Assam, West Bengal, Meghalaya that are close to Bangladesh border.

But that was not the end, minority people in countries are still persecuted as a result they flee to India as they find secured as one of the democratic country based on caste and religion.

According to the report of data presented by the Intelligence Bureau, about more than 31,000 people are granted with long term visa in India. They are expected to be the immediate beneficiaries of the CAA, about 25,000 were Hindus, 5800 Sikhs and 55 Christians has migrated to India and are staying with long term Visa. There are also 2 Parsis and 2 Buddhists who are in India with long term Visa (LTVs).

Violence In India Due To Citizen Amendment Act (CAA)

After the passing of the CAB, the North-eastern part of India has been the first state to act violently on the respective ground of not accepting any more migrants from Bangladesh. The state is already suffering from illegal immigrants from Bangladesh who is entering even after 1971. Assam student Union, Congress, Party and other political parties have participated in opposing the CAA, parties are carrying out different movements like Satyagraha to oppose and held the CAA in Assam. Manipur has been provided ILP to secure their place, Meghalaya has also opposed to providing shelter to immigrants of Bangladesh.

West Bengal CM has already denied conducting NRC as she believes it is harassment to the people of WB. Though the UP Government is looking forward to implementing NRC in Uttar Pradesh to find out the citizens and immigrants settled.  Delhi was the later target to oppose on CAA.

Moreover the opposing of CAA is still carried out in all over India, Assam has faced a massive loss with the destruction of the Government properties like transports, roads and economy. For about a week curfew was held to calm the situation including the mega-city of Assam, Guwahati. Several public means of transport, trucks and vehicles were burned. Human life was affected, the internet was banned all over Assam. Meghalaya has also faced violence as the protest of CAA.

Japan delegacies two-day annual summit meeting has been postponed due to the emergency condition of Guwahati, which was supposed to be held on 19th December 2019. Currently, Japan is supporting India with different projects of water supply sewage, Assam. Road Project Meghalaya and Forest management programmes in Tripura.

The passing of CAA has developed a misconceptionamong people that the Ruling Party is taking the initiative to invite minorities from the three Nations to adopt shelter in India. In recent counts only 31,313 people will be benefited due to the CAA on immediate effect, moreover, the immigrants who were not enlisted in NRC even after a prolonged stay in India will also get the provision to acquire the citizenship as an Indian, if as minorities not accepted by their concerned Nations.